Another triumph in 2004 was the introduction of Black Rhino in to the newly formed Munywana​ Conservancy. The Black Rhino Range Expansion Project (BRREP) was created in 2003 to protect this endangered species which had neared extinction in the 1990s.

The Black Rhino Range Expansion Project is a partnership between the World Wildlife Fund (WWF), Ezemvelo KZN Wildlife, Eastern Cape Parks and Tourism Board. It is supported by the Ford Wildlife Foundation. The Munywana Conservancy was selected as the first private conservancy in the country to receive Black Rhino in this historic initiative as a result of successful conservation practices and community relationships and hence 15 Black Rhino were introduced in 2004.

Since their introduction the population has grown enabling animals to be moved to other conservation areas, further expanding land available for Black Rhino conservation. 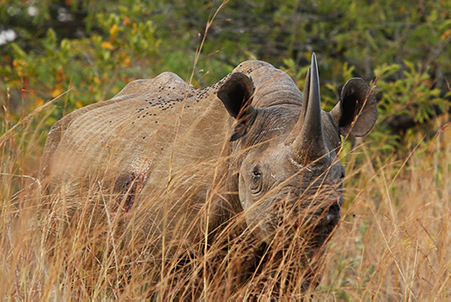