On 5th September 2019 the conservancy was declared a protected nature reserve by the MEC for Economic Development, Tourism and Environmental Affairs in the KwaZulu Provincial Legislature.

Under the terms of Section 23(1) of the National Envronmental Management: Protected Area Act of 2003 the Munywana Conservancy is declared a formal Protected Area in perpetuity.

Simon Naylor is the Warden of the Munywana Conservancy. 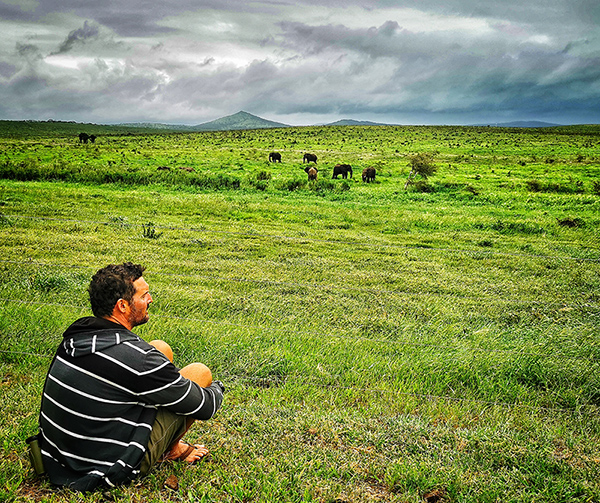 The declaration formally assures the safeguarding of these breathtaking landscapes, the cultural history and incredible diversity within, including important rare habitats such as Sand Forest as well as a number of endangered species.

Many of these species have been returned to the area over the years, initially in restocking exercises and in some instances, as world firsts.

In 2019, the Phinda Button Spider (Latrodectus umbukwane) and the Phinda Rain Frog (Breviceps carruthersi) were confirmed as new species to science and formally named after the research specimens collected from within the critically endangered Sand Forest.

The Suni antelope, Thonga Red Squirrel and Four Toed Elephant Shrew are some of the smaller species within the conservancy that appear on South Africa’s Endangered Red List.

The conservancy contains the worlds largest remaining population wild growing Pepperbark Tree (Whalburgia saltaris) and the succulent Harworthia limifolia, both listed amongst the most endangered plants in South Africa due to their demand for traditional medicine.

On the 5th of December 2019, the declaration of the Munywana Conservancy as a Nature Reserve in terms of section 23(1) of the National Environmental Management: Protected Areas Act 2003 (Act No. 57 of 2003) was published in the South African Government Gazette.

From humble beginnings as 7,234 hectares of decrepit, bankrupt farms to 28,622.27 hectares of world class game reserve, protecting numerous endangered species and habitats while supporting thousands of livelihoods, the Munywana Conservancy is a remarkable endeavour and achievement. It is the realisation of a dream to conserve this area’s impressive wildlife and landscapes; it is testament to the pioneers of this dream and the shareholders who enabled it.

The Munywana Conservancy, (named after the Munywana River, the main river course that bisects the reserve) was originally formed with Phinda and the farms Bumbeni and Lulubush in 1993, creating a contiguous reserve that linked the original Phinda North and South land and embodied 17,142 hectares of wildlife haven.

The inaugural Munyawana Conservancy Controllers Association meeting was held at the Phinda Bush Camp at the junction of Lulubush, Bumbeni and Phinda North on 27th February 2003.

In 2004 Zuka Private Game Reserve joined the Munywana Conservancy expanding it to 19,746 hectares.

Further expansion ensued over the years as other properties joined; including the community owned Shotton and additional community owned farms, and, most recently, farms west of the Lebombo Mountains (within Zuka Private Game Reserve) growing the conservancy to its current area of 28,622.27 hectares.

On 5th September 2019 the Munywana Conservancy was declared a protected nature reserve by the MEC for Economic Development, Tourism and Environmental Affairs in the KwaZulu Provincial Legislature.

Under the terms of Section 23(1) of the National Environmental Management: Protected Area Act of 2003 the Munywana Cosnervancy was declared a formal Protected Area in perpetuity.

The Munywana Conservancy here in Northern KwaZulu Natal has the unique feature of straddling the southern Lebombo Mountain Range and lies in both Zululand and Maputaland.

Formed over 177 million years ago the Lebombo Mountains spewed voluminous flood basalt lavas over the landscape creating fertile soils to the west and east of the mountains.

Smaller volcanic centres that lie in the Bumbeni area remained active, ejecting volcanic ash until about 133 million years ago. Rifting ensued in the separation of the southern African and East Antarctic continental masses, resulting in the gradual deepening of the Proto-Indian Ocean and accumulation of thick sedimentary cones derived by erosion of the mountains that marked the raised rift shoulders. Marine conditions were established on the submerged Lebombo monocline foothills some 130 million years ago during the Early Cretaceous Period.

Standing on the Lebombo vantage point looking out, it’s an astonishing fact that over the last 100 million years these lands have spent more time under the Indian Ocean than exposed as the present day land surface. During the last 100 million years the Indian Ocean receded, depositing deep sands eastwards, and today we see the rich coastal dune forests that run north to south.

This varied geology has given rise to an incredible array of diverse soils blanketed with numerous vegetation types and habitats that support a multitude of species like no other area. This soil and habitat diversity has become synonymous with the conservancy and the resulting biodiversity of today’s 28,622.27 hectare Big Five private Game Reserve, offering myriad highlights for all visitors.

“This land is my teacher, it is my altar.
It is at the heart of my culture.”

“One step at a time is all it takes to get you there.”