With Rhino poaching at an all time high in South Africa, andBeyond, together with Great Plains Conservation launched their collaborative initiative of translocating 100 rhino from these areas of heightened risk of poaching to safer havens in Botswana. Creating multiple populations in different geographic regions makes it harder for poaching and enhances the breeding rates as the rhino gene pool diversifies and their territories widen. The plan was launched with the support of His Excellency Lieutenant-General SKI Khama, the President of Botswana, as well as TK Khama, the Honourable Minister of Tourism. To date, 87 rhino have been translocated, 32 of which were donated to the project from the Munywana Conservancy, with the added success of 18 calves that have subsequently been born in Botswana. 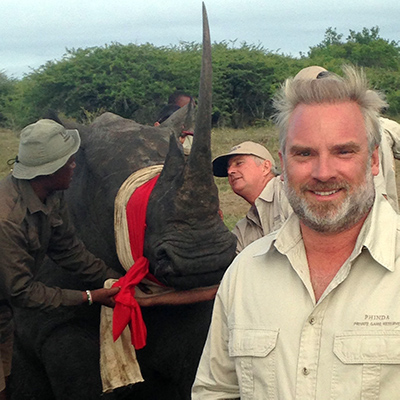