The owners of these two properties, share our conservation and expansion vision, and together with their willingness to join Zuka Private Game Reserve, wonderful relationships have been forged. This alliance has proved to be an exemplary model in land assembly for wilderness protection, regenerative conservation and community engagement.

Work to bring this to fruition included removing the boundary fence between Bayala and Zuka Private Game Reserve, as well as the fences between Bayala, Sungulwane and Fever Tree. The road network was addressed and all internal fencing separating the properties removed.

The important perimeter fence surrounding these properties was upgraded to the approved standard for “Big Five”, ahead of introducing lion, cheetah, black rhino and white rhino and other general game in to these new areas of Zuka Private Game Reserve.

With final fencing removed in 2018, an additional 3,700 hectares was included in to the Mun-Ya-Wana Conservancy. 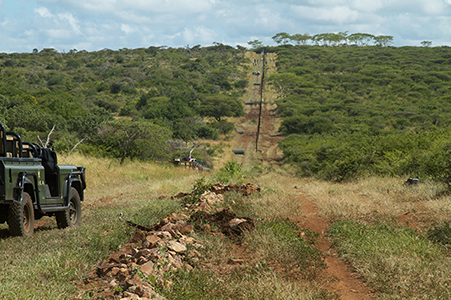