Care Of The People

The core values of andBeyond (or CCAfrica as it was named then) Care of the Land, Care of the Wildlife and Care of the People have been the DNA of the company from day one. The Care of the People ethos has always been a heartbeat strong in the company’s body. It was ahead of its time, in this regard, not simply “engaging in social responsibily” but working with authentic partnership.

Game reserves’ surrounding communities are geographically rural and more remote from the listening ear of the public sector. Game reserves recruiting from neighbouring communities are able to offer jobs, training, positions of responsibility and personal growth in all areas of hospitality as well as conservation, guiding, tracking, in anti-poaching and habitat management. This in turn strengthens the cogent relationship between people and their environment.

Beyond the walls of the lodges and boundaries of the reserves, andBeyond’s relationships extended into the communities too and hence the birth of the independent non-profit organisation, Africa Foundation (initially called The Rural Investment Fund). From the start, Phinda became the role model for the entire company, with lodge managers actively supporting community projects.

Les Carlisle, Isaac Thembe, Walter Zulu and Nicole Young were the indefatigable energies on the ground in the early days of Africa Foundation as they established relationships with local leaders and members of the immediate communities. By identifying through consultative processes the priorities of these communities, they brought proposed projects to reality, as well as ensuring their sustainability.

These remain today, as Africa Foundation’s key areas of work in 68 communities across South Africa to Botswana, Tanazania, Kenya, Namibia and Mozambique, where we currently operate, 30 years later. 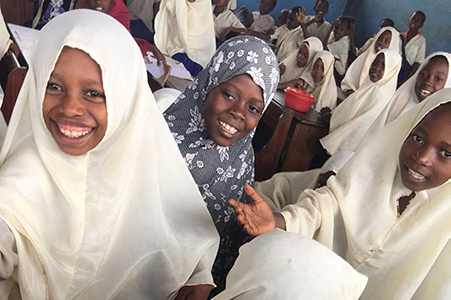