Phinda, meaning “return” in isiZulu was brought in to its first phase of reality in 1991 as it pioneered the groundbreaking model: Care of the Land, Care of the Wildlife and Care of The People.

A quote from “Full Circle” by Dave Varty, the enormity of this undertaking, the extraordinary logistics and brave hearted endeavour is distilled in to the simplicity of a single paragraph as if the whole thing was just a regular instagram post! However these few words paint the picture of an important chapter in the story.

“By 1991 the construction of 120 kilometers of game fence construction began. Les Carlisle, the moving spirit in creating a wilderness wonderland at Phinda, was appointed land manager. The major restocking exercise he led turned out to be the largest relocation of wildlife ever undertaken in South Africa at that time. Then we started to repair the massive erosion and encroachment caused by cattle ranching activities and we removed the rusted farm debris. Very soon we had elephants, lions, cheetah and white rhino (21 were moved to the reserve in the largest translocation at one time) Les even packed a python into his lunch box and carried it back to Phinda for release. It was quite a story on its own.”

Shan Varty published “Phinda The Return” a chronicle of observations, details, characters and events through this important time with beautiful photographic visuals. This paragraph from Shan’s book sums up the powerful energy that brought Phinda and the vision to life. Again, the simplicity of words on paper offer only a hint of the true grit, determination, financial risk, complexity and courage through that time.

“Phinda, developed without the aid of the public sector, was a hard learning curve. But in less than a decade it has shown what is possible, never wavering from three bottom-line priorities: environmental sustainability, social opportunity and dignity, and economic prosperity. The latter has been a long time coming.” 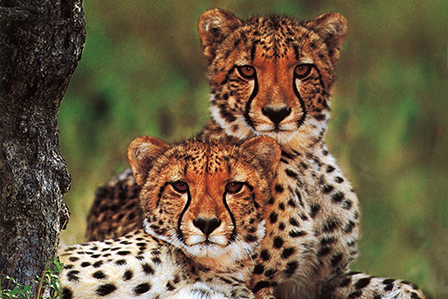