The Purchase of Zuka

In April of 2001 Tara and I flew from London to Seattle to present Zuka to the Family Trust. Prior to landing on the other side of the world, we had dedicated four months to this proposal. Now, standing outside the boardroom doors in a suite of offices in the United States, a totally alien environment from my guiding background and my rural northern Kwa-Zulu Natal home, the butterflies in my stomach came thick and fast. Tara, more accustomed to “the suits” helped me restore my composure and conviction towards our purpose. It seemed the presentation for Tara to purchase the initial Zuka Game Reserve together with our long term vision was well received, despite it being disparate from those typically seen in their boardroom!

The following day was the long flight back to South Africa and the start of an excruciating wait for the outcome. Two weeks later, a call from Tara brought my world crumbling down around me. It’s not going to work. And that was it; The dream of Zuka with all our belief and vision was not reality. I had to get back on my feet and think again.

For several months, redirecting my plans and needing a job, I found a position with a private insurance company; not my dream job! Heading to the company’s offices in Durban with Paula beside me – as if a movie script had been written – just as we arrived, another call came through from Tara. The situation had changed, at a crucial moment, funds were ready for the purchase. We were back on track and on 24th of October 2001, Zuka was officially ours. 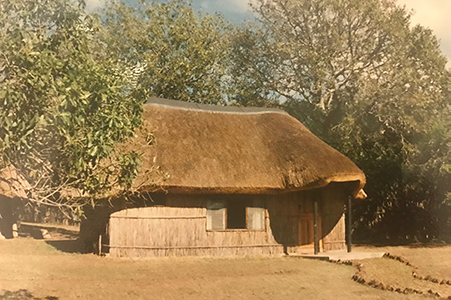